I admit, I started this book with a bit of trepidation. The Big Bad in the previous installment was so big and so bad and so near-indestructible that trying to top it could very well veer into the ridiculous (think some of the more unfortunate James Bond movies, for example). Wisely, the author didn't go that route. Oh sure, there's a worthy adversary for our favorite couple and their merry crew, but this novel is more concerned with adding more layers of plot and character development in between the 'splosions and bursts of machine gun fire. Yes, we get machine guns added to the mix this time, because, well, why not?

The story starts off... angsty, for lack of a better word. Marco and Amanda are separated, causing much brooding for them and pain for the baddies. When those two brood, the soundtrack is more death metal than country, if you get my drift. In the meantime, Merle the international man of supernatural mystery, discovers/confirms a connection between the U.N. and the vampires, both of whom, it so happens, want Marco dead at all costs. The rest of the plot revolves around our heroes facing and dealing with the new super-assassin, while trying to finally resolve their feelings for each other.

That last part, in my opinion, takes up most of the energy of the novel. Let's face it, in an ongoing series we can't be overly worried if the main characters make it through the next chapter. Finn is not entirely averse to killing someone we care about, on occasion, but he hasn't been affected by the Joss Whedon disease (looking at you, Terry Goodkind, grrr...) and let's hope he never does. So the assassin subplot becomes more of a "journey, not a destination" kind of deal. You know she will be defeated. You don't know how, or why she's on the job in the first place, or even who the heck she is. Also, did I mention 'splosions? So there's a lot of pure fun to be had along the way, but to really make us care, there has to be something else. Something beyond the heroes' survival to the next installment, and beyond the intellectual challenge of solving the fundamental mystery of the overarching plot. That leaves us with...

If you guessed, "romance," congratulations! You're in for a treat. If not, and if your reaction is, "Oh no, not that!" rest assured that it's not your usual YA drama. These are serious people, with the fate of, if not the world, at least thousands of lives on their shoulders, who cannot function at full capacity till they address what is delicately called the issues of the heart. I'll give no spoilers in this regard since I consider this particular narrative thread the most suspenseful. Suffice it to say that there is a level of progress achieved, with hints of more to come. Stay tuned and wait for the sequel. 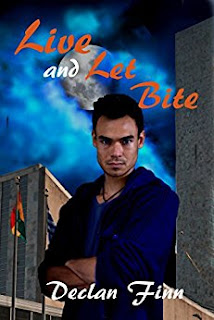